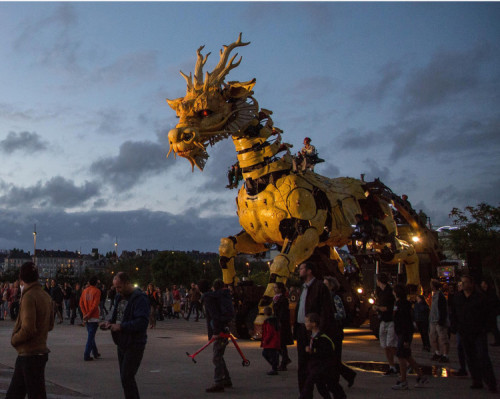 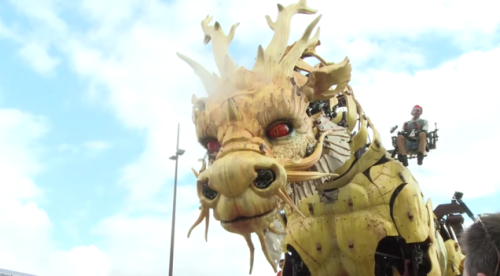 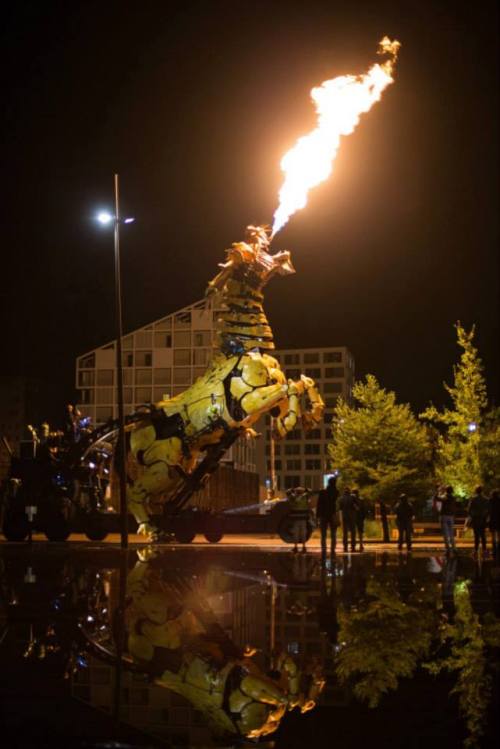 Behold the awesomeness that is Long Ma the fire-breathing dragon-horse, the latest creation by French artist François Delarozière and his art production company La Machine. The 46-ton kinetic sculpture stands almost 40 feet tall and features articulated limbs that can gallop, rear up, and fold beneath him when he wants to sit down. His neck rises and falls and his wonderfully expressive face features eyes that open and close. Best of all, his chest swells from the pressure building in his lungs before he exhales fantastic plumes of smoke from his nostrils and jets of fire from his mouth.

This marvelous interactive sculpture was just debuted in the French city of Nantes and will soon be traveling to Beijing where he’ll be presented in October as part of the celebration of the 50th anniversary of diplomatic relations between France and China. Long Ma is based on a creature from Chinese mythology, Longma, a fabled winged horse with dragon scales, and will be the hero of a performance entitled “Long Ma Jing Shen” or “The Spirit of the Horse Dragon” during which he’ll face off against a giant spider.

Click here and here for video footage of Long Ma in all his fiery glory.

[via Kotaku:Screenburn and Laughing Squid]

The giant spider was pretty awesome, this is another level entirely.